Thanks for using Podcast Chapters, I really appreciate your support, and I hope you've found it useful so far! I'll be releasing updates here and there to add features and fix bugs. You can find a list of the changes so far on this page. 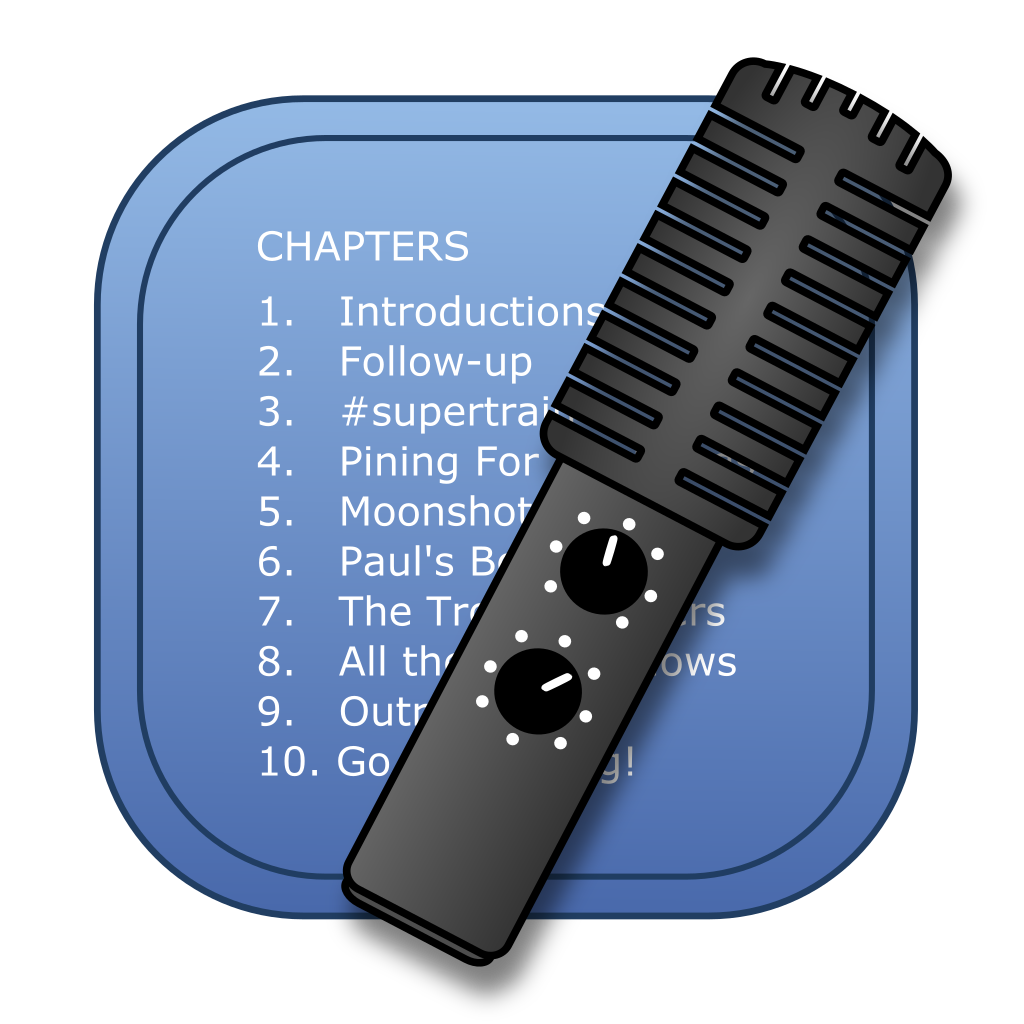 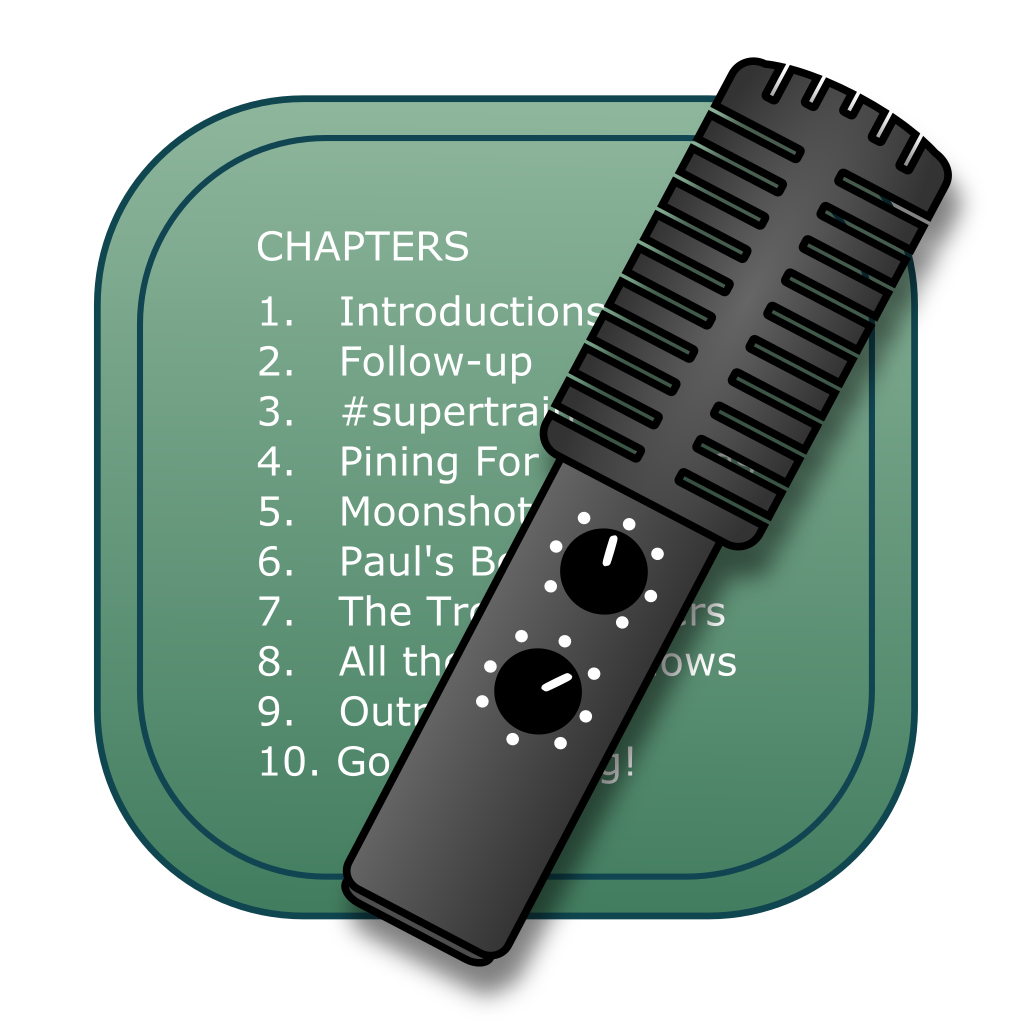 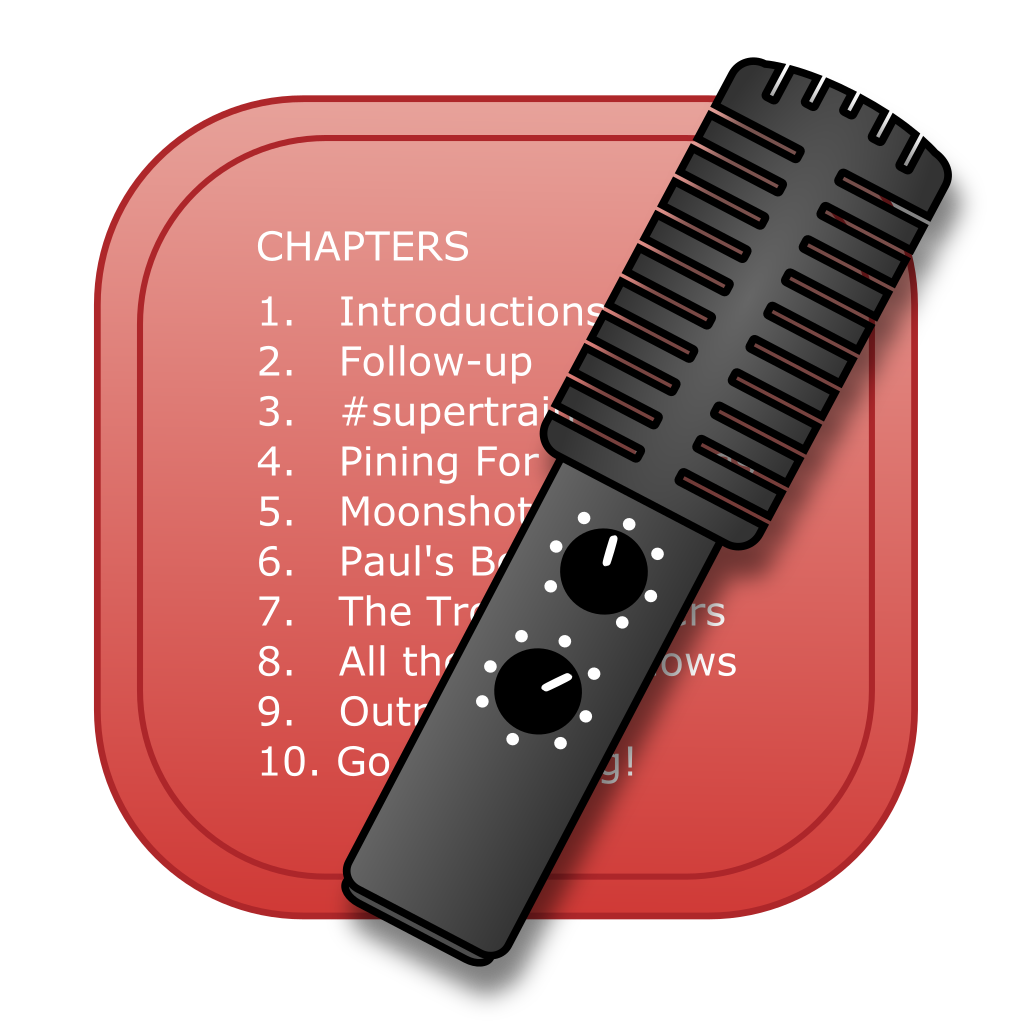 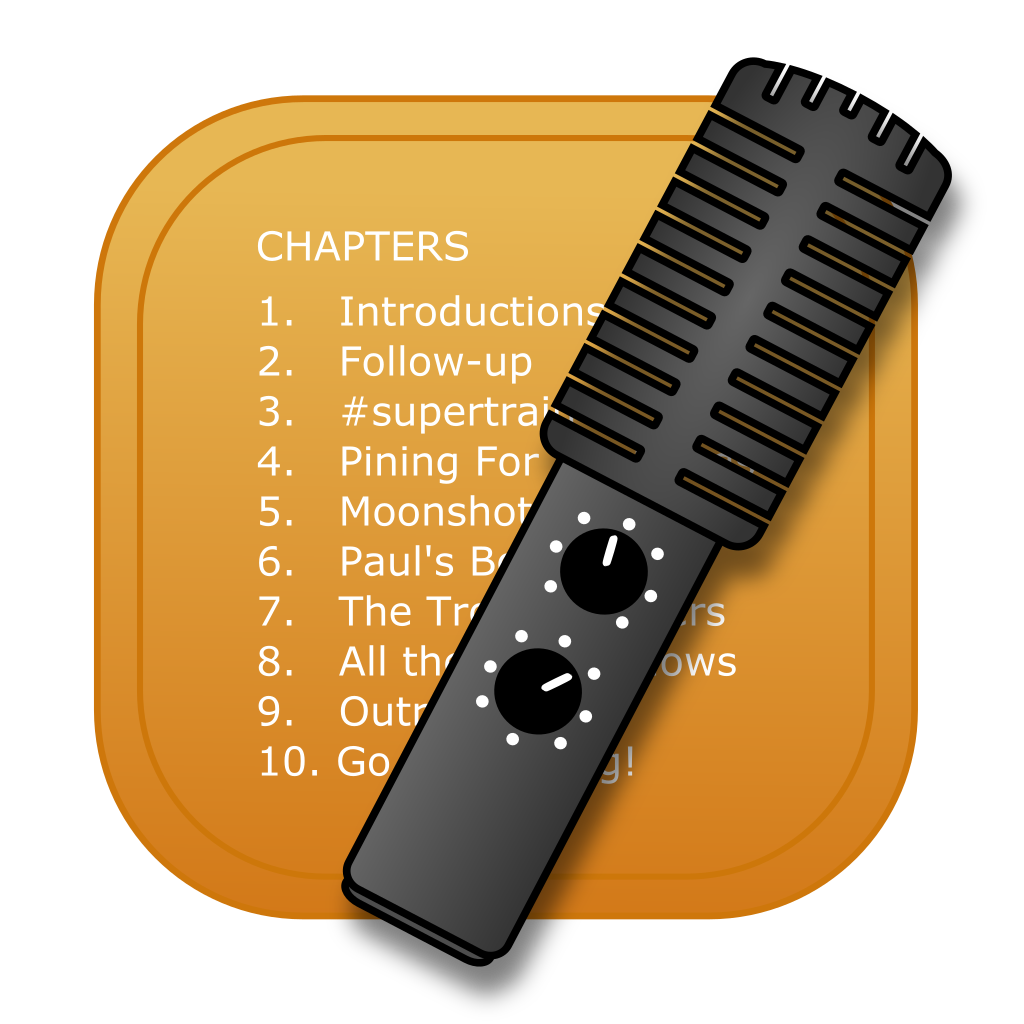 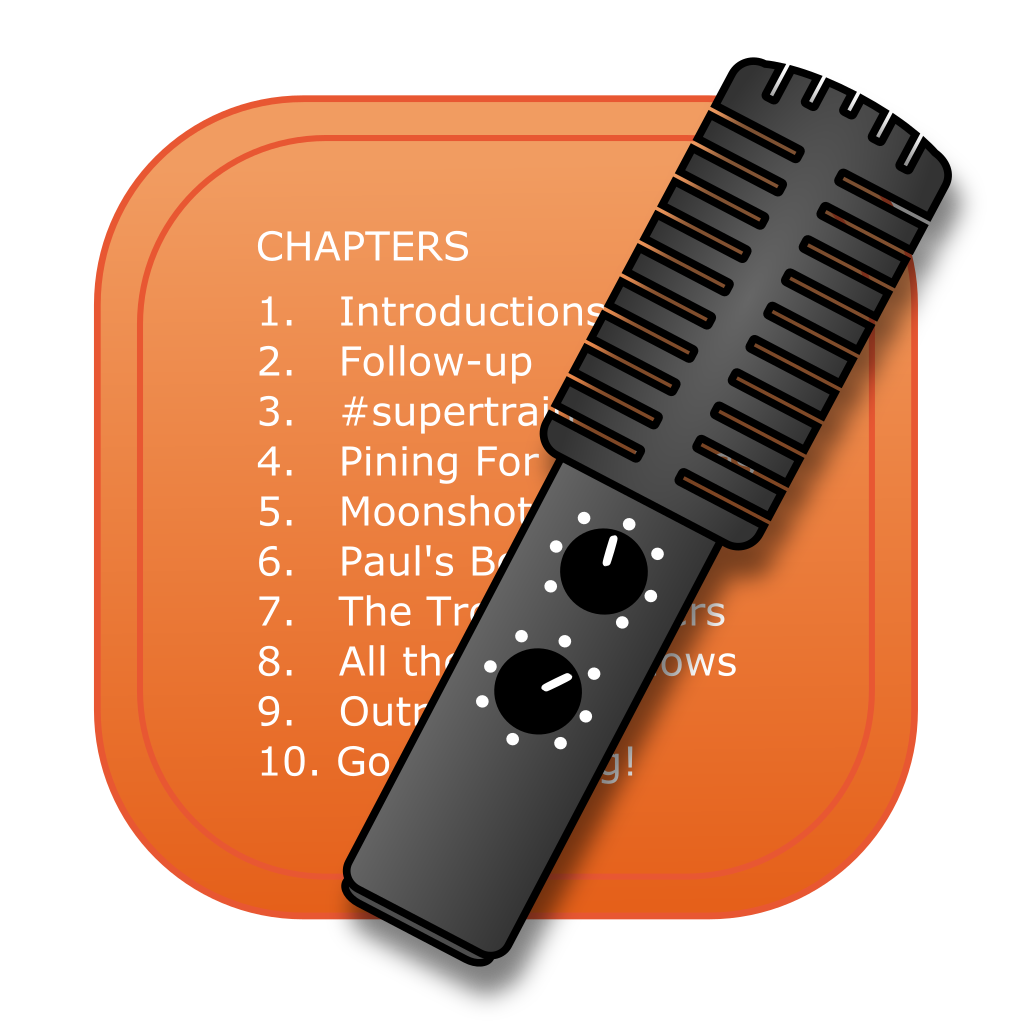 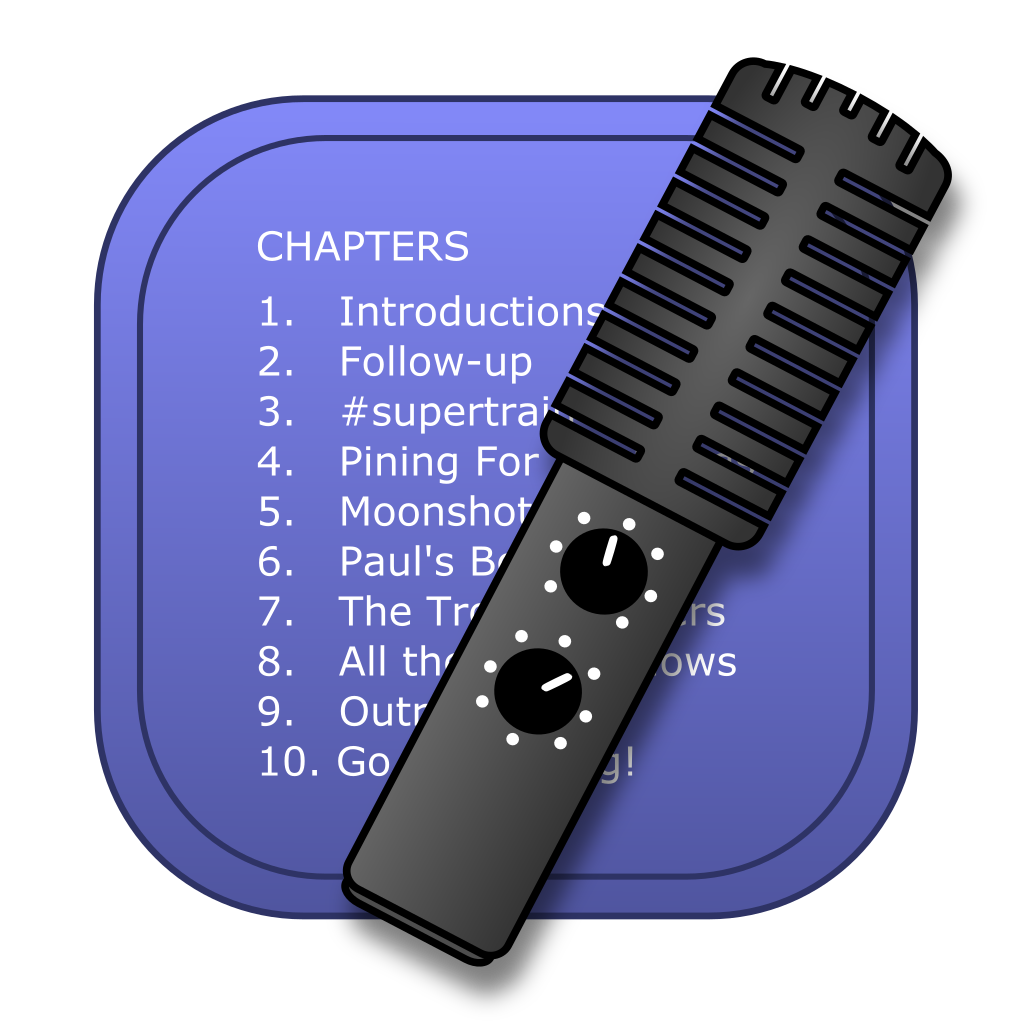 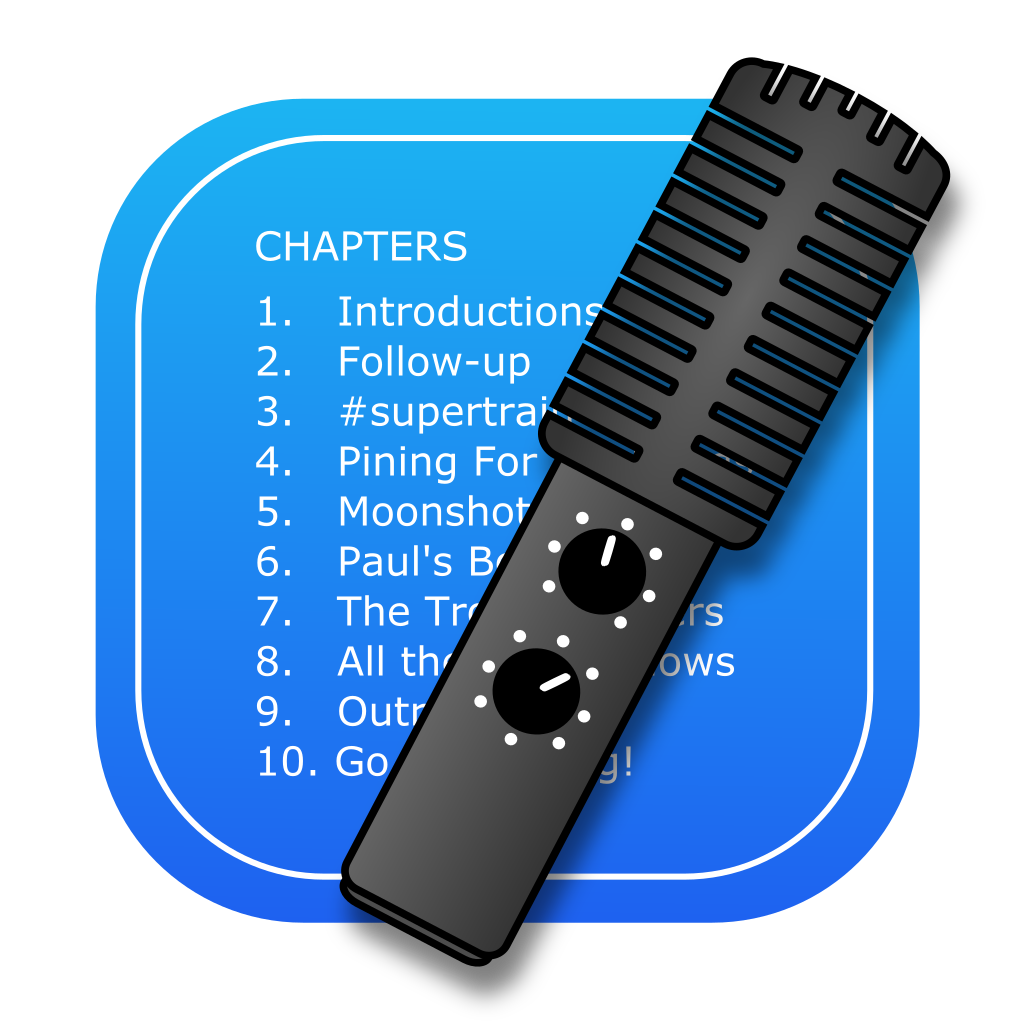 1.5 is major on the inside: it's more or less the same nice car with a new engine. Don't worry, it still handles just the same, it just requires less maintenance, uses less fuel and will be easier to upgrade in the future!

All that said, of course there are a couple of immediately useful additions too:

The next big feature will probably be restoring episode descriptions. It has been requested by multiple users and required this engine change to work well. I also realized while working on thus that descriptions (or comments as they're know inside the ID3 tags) have a bunch of interesting cases to handle if I don't want to mangle existing metadata. And I don't, so I will proceed with some care.

Thanks again to everyone using the app, everyone who has reported a bug or a wish, and everyone else who makes it fun to develop Podcast Chapters!

Made on a MacBook Adorable.

A very small version to mark the transition of developer for the app. 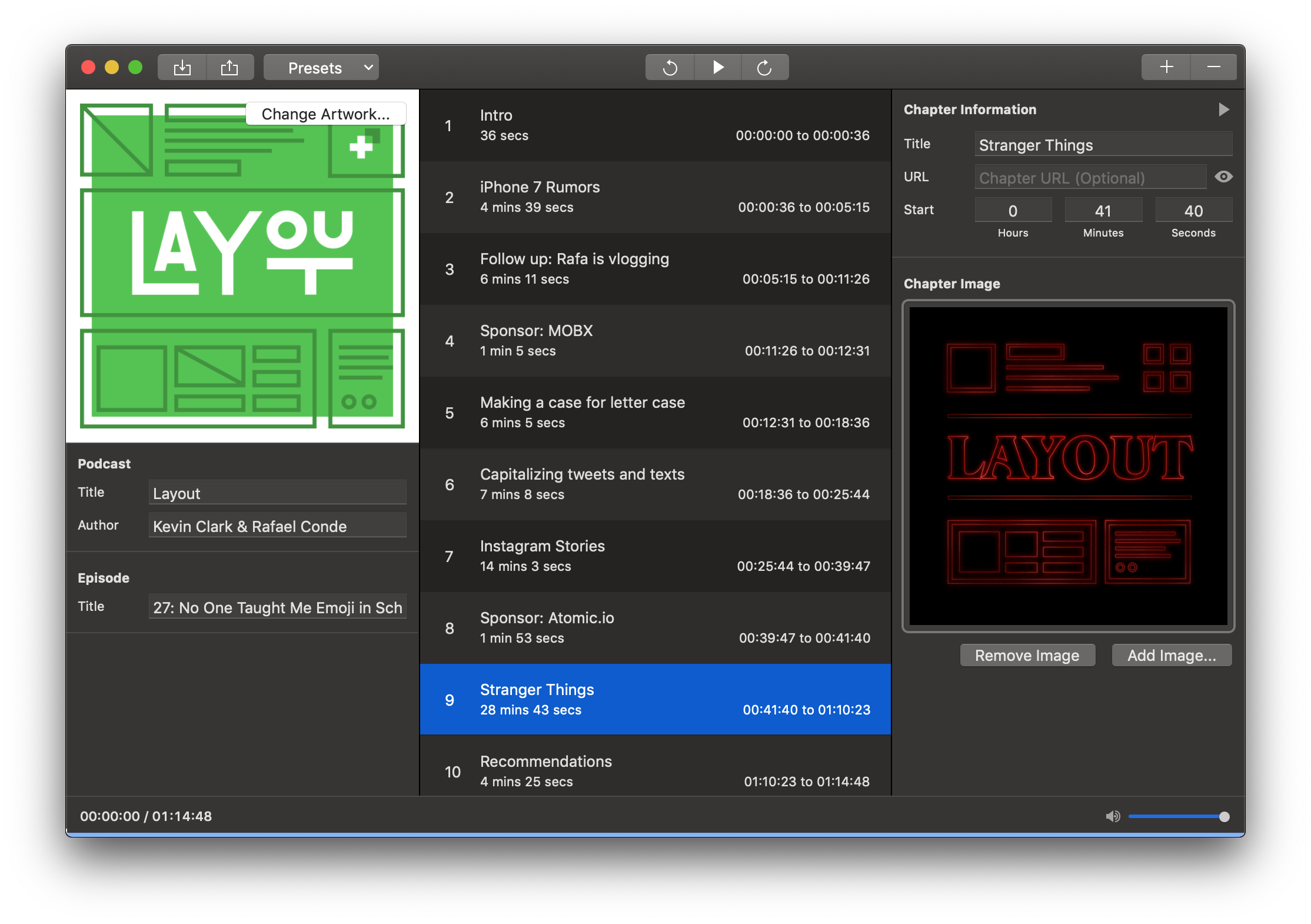 This is our Mojave release, with support for Apple's latest version of macOS.

In this minor update I've fixed a bug that showed up in the 1.3.1 release.

In this minor update I've fixed a couple of bugs that managed to creep through in the 1.3 release.

This update simply would not have been possible without the incredible work of Fredrik Björeman, who ported the entire app to Swift 3. This was no small task, and I'm incredibly indebted to him.

In this update, Podcast Chapters gets a couple of new features, and fixes a few bugs that managed to creep through.

The minimum macOS version in this update has changed to macOS Sierra. 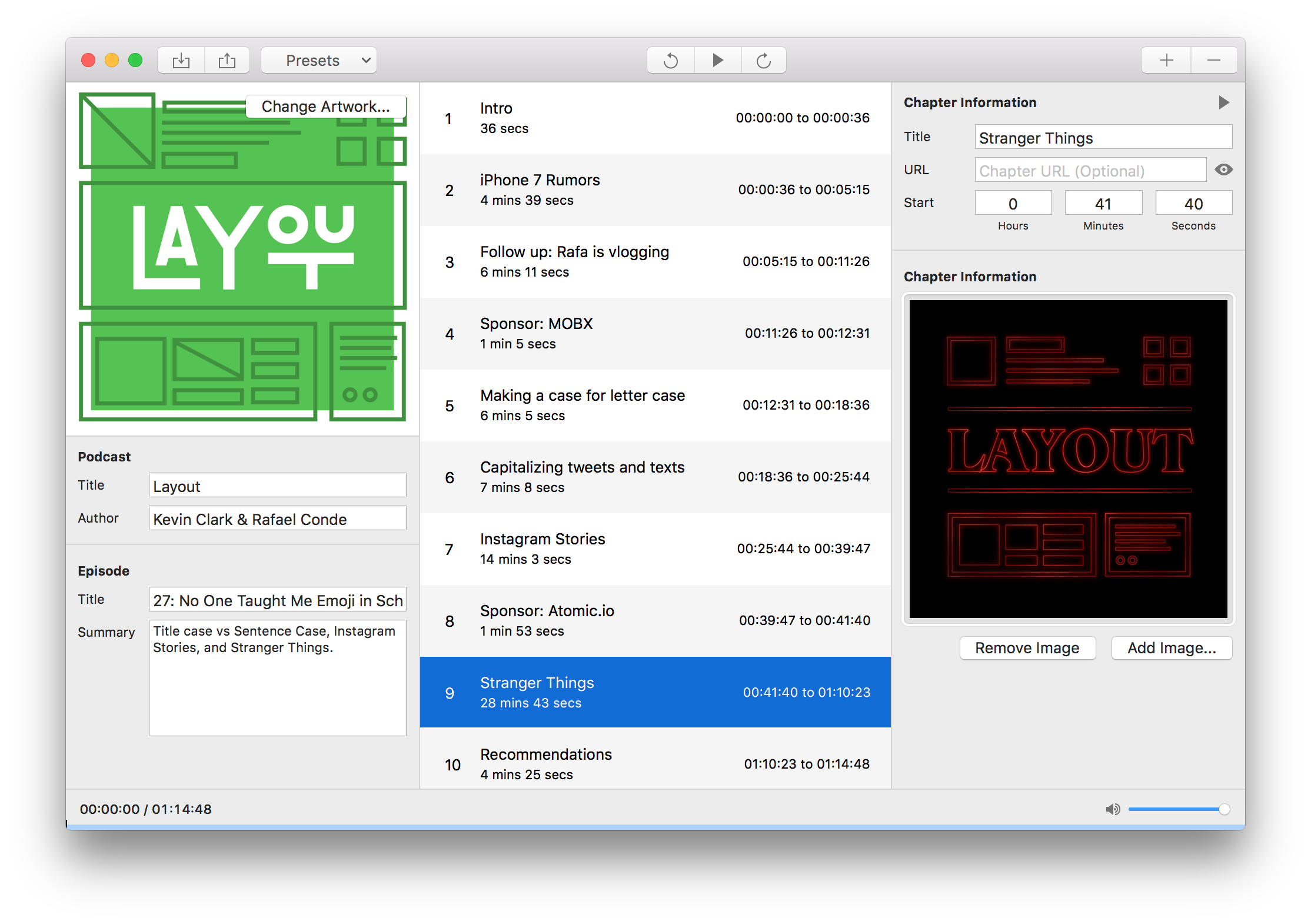 In this big update, Podcast Chapters gets a ton of new features, helping you with that annoying last part of the podcast process.

In this release, Chapters has been renamed Podcast Chapters. 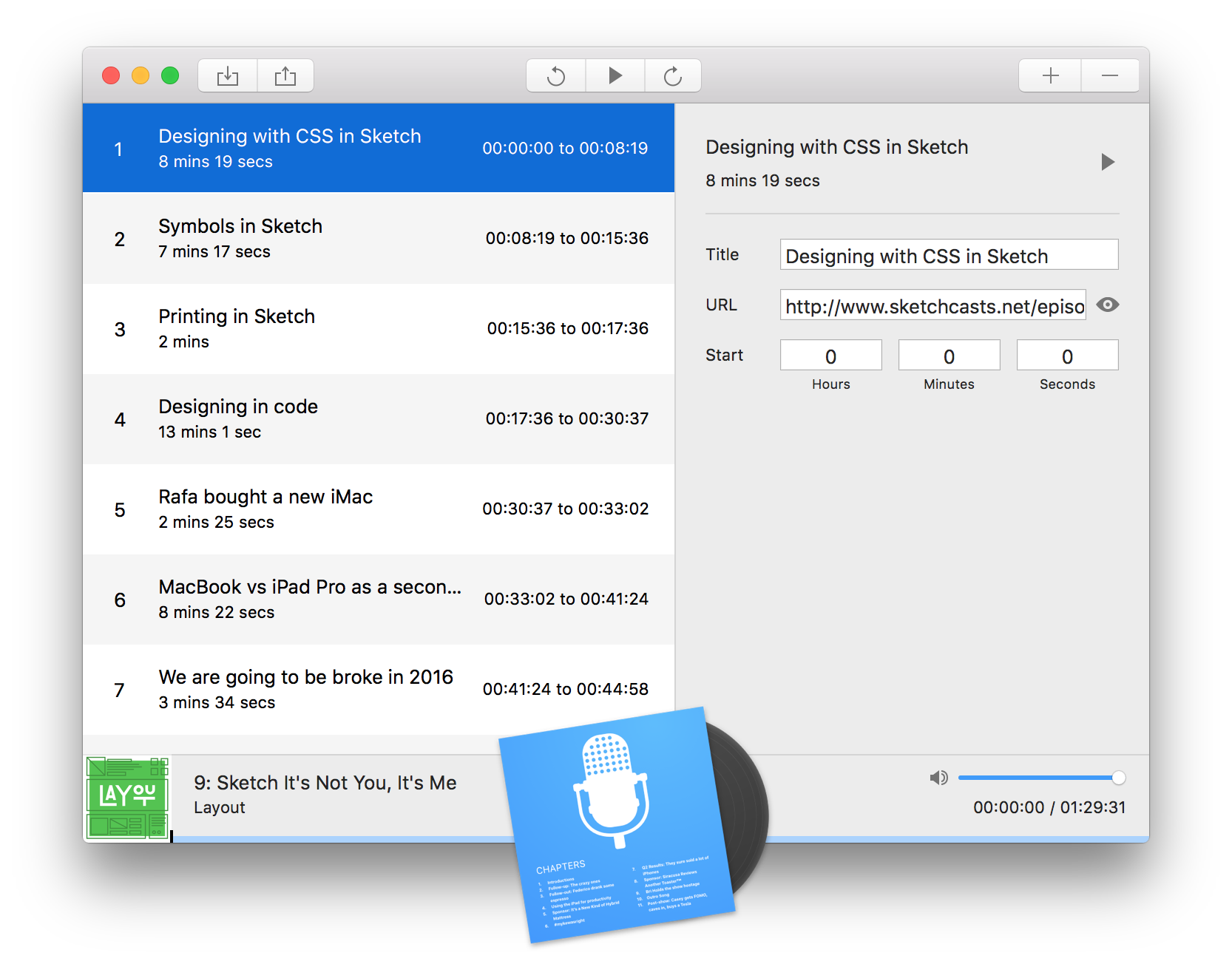